231: How to Make Better Decisions in Your Relationships (and Avoid Common Pitfalls) – with Logan Ury 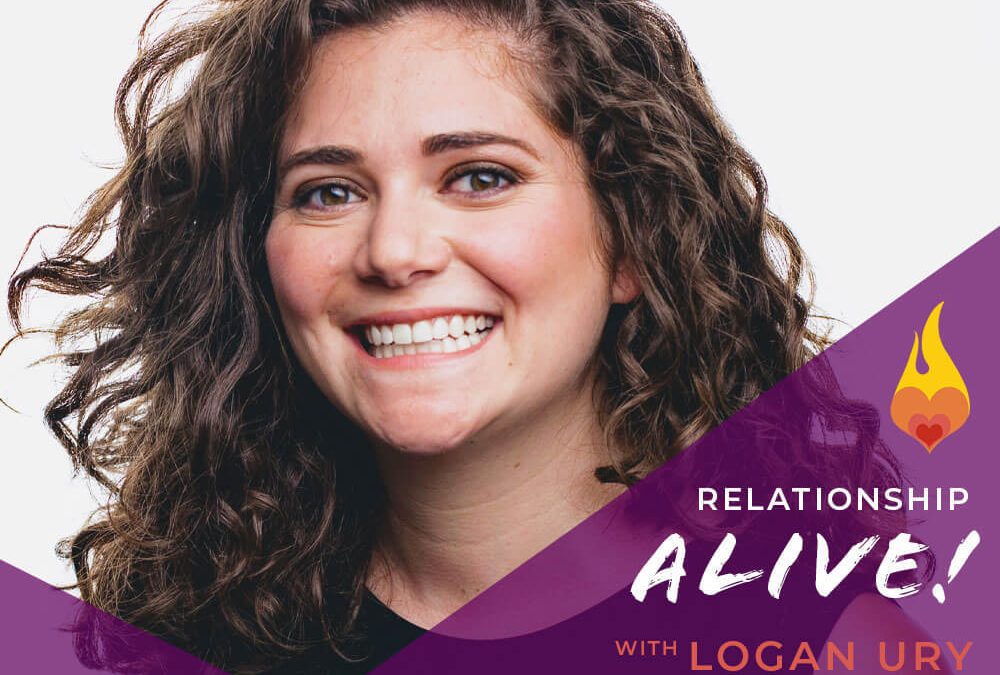 The quality of your life is directly related to the quality of the decisions that you make. So, when it comes to love – is there a way to make better choices and to identify your blind spots, to improve your chances of a long-lasting, thriving connection? Today’s guest, Logan Ury, is a Behavioral Scientist and author of the forthcoming book “How to Not Die Alone.” Along with being the Director of Relationship Science for the online dating app Hinge, Logan has done in-depth research into why we make the choices we make when it comes to love – and how to steer yourself towards the outcome most aligned with what you value and desire. Whether you’re single and looking, already in a relationship, or trying to decide whether to stay or go – today’s episode will help you get clear on the choices you’re facing.

And, as always, I’m looking forward to your thoughts on this episode and what revelations and questions it creates for you.

Join us in the Relationship Alive Community on Facebook to chat about it!

Check out Logan Ury’s website where you can take her quiz to assess your “dating tendency”.

Amazing intro/outro music graciously provided courtesy of: The Railsplitters – Check them Out

Neil Sattin: Hello, and welcome to another episode of Relationship Alive. This is your host, Neil Sattin. The world of relationship-ing is based on a series of decisions that you make. You make a choice about whether or not you even want to be in a relationship. You make choices about the kinds of relationships you get into. We’re making these kinds of choices all the time, and yet for many of us, we don’t even realize that we’re making choices. In fact, we kind of ease our way into situations, and we find ourselves there and you may ask yourself, “Well how did I get here?” in the words of David Byrne. We don’t always necessarily know. And yet, the more aware you are of how you make your choices, your choices about how you date, who you date, how you enter into relationship, how you leave relationship. The more you’re aware of what is actually going into that decision-making process, the better you’ll be at making better decisions.

Neil Sattin: And of course, relationship is an iterative process. We do it over and over again, hopefully getting better each time. It doesn’t always work out that way. But in today’s episode, we are going to talk explicitly about how we make these decisions and how to improve upon them, and some potential pitfalls that can lead us astray along the way. In order to have this conversation, I’ve invited a dear friend, who’s also an esteemed behavioral scientist, her name is Logan Ury, and she and I have actually been together in a relationship Mastermind group for almost… No, it’s been a little over a year now. We just celebrated our year anniversary as a group.

Neil Sattin: And it’s been a great way to come to know her and her insightful ways of looking at the ways that we make choices about how and who we date. She also works as a dating coach and a matchmaker. And she is also working currently for the dating app, Hinge which I’m sure she’ll have more to say about as we get into our conversation. As usual, you will be able to download the transcript of this conversation by visiting neilsattin.com/logan. That’s L-O-G-A-N.

Neil Sattin: Or you can always text the word PASSION to the number 33444 and follow the instructions. And I think that Logan also has a quiz available on her website and we’ll give you a link so that you can take her quiz and find out about who you are as a dater or who you’ve been as a dater. And anyway, let’s just get started. So Logan Ury, it’s a pleasure to have you here with us today on Relationship Alive.

Logan Ury: Neil, thank you so much for having me. It’s been really fun getting to know you over the last year in our relationships group, and I’m super happy to be on the podcast.

Neil Sattin: Awesome. Well I’m psyched to have you here as well. And mostly because, along with being a great person, you have some fascinating wisdom about what makes us tick. So I’m wondering if you can just give a quick synopsis of your background, how did you get to merging the world of behavioral science and dating and love and relationships?

Logan Ury: Sure, yeah. I’m happy to jump right into that.

Logan Ury: And that was an interesting first year out of college. And then later, I had the opportunity to lead a behavioral science team at Google and that was called the Irrational Lab, and behavioral science is the study of how we make decisions. So we know that people are often really irrational and they make decisions that are not in their own best interest. But what’s cool is that these irrationalities don’t just happen randomly, they’re predictable. So if you understand, okay, people tend to make this type of a mistake in this type of situations, you could actually help shift their behavior.

Neil Sattin: Right, I didn’t even mention that in the intro, but it’s important to know that you have written this book. It’s actually not due out until February of 2021, around Valentine’s Day. So you, as a listener, are getting a sneak peak into Logan’s… Into Logan’s work, because I got a sneak peek at the book, which was a big privilege. And that… I’m curious about this sense of us as irrational decision makers, because one thing that became clear as I was reading your book or maybe it was clear because this is what you were emphasizing, is that there are all of these laws, let’s just call them, about… That describe how we make decisions poorly. And it made me start to wonder if we are just inherently predisposed to be kind of bad decision makers, and if we actually do need training around making better and better decisions. And I wonder if that’s true from your perspective, that there’s… The way that we kinda come through the mill as we grow up and are just exposed to life, and the reason that these laws exist in behavioral science is because in general, we actually don’t really know what we’re doing.

Logan Ury: Yeah, I would agree with that. I would say, in general, I think we often make decisions that are against our own best interest. And some of the areas where this comes up often are eating healthier, working out or saving money. So if I said to most people, “Would you like to save more money?” they would say, “Yes.” But then in a moment where they have the chance to save or spend, a lot of people… A lot of people spend. And that’s why I think I read recently that the average American does not have $400 available if there were to be some sort of emergency, so, clearly, we’re all having trouble saving. And similarly, people say, “Oh, I want to lose weight. I want to eat healthier,” but then in the moment, when you’re faced with getting a burger or a salad, a lot of us just choose what feels good in the moment and we’ll get that burger.

Logan Ury: And there’s different reasons for this, so one of them is called the present bias, which sounds fairly obvious, but it’s basically that we disproportionately measure things based on how good they feel in the present, and we don’t think as much about the future. And there’s a whole list, there’s a whole catalog of these cognitive biases, which is just a fancy way of saying, “Reasons why we make mistakes in our decision-making,” and it happens in all areas of life, but I think it’s really fascinating to study how it affects us in love and relationships. And as I write about in the book, sometimes when I talk about this, people push back and they say, “Oh, that’s insane. You can’t be rational in love.” And it’s not that I’m going for rationality. It’s not that I want people to be some sort of super computer that says like, “Input, input. Alright, these five daters plus this situation equals… This is the best person for your soulmate. Beep boop.” It’s not like that.

Logan Ury: It’s not… It’s not… [chuckle] It’s not any sort of algorithm, it’s much more just saying like, “Hey, these are cognitive biases, these are invisible forces that often get in people’s way and if you can understand them and you can avoid those mistakes, then you can start to make better decisions and hopefully, wind up in the loving relationships of your dreams.”

Neil Sattin: Yeah, and most of the time, without an awareness of what those biases would be, then you’re just doomed. And, in fact, as I read bias after bias in your book, I was like, “Oh my gosh.” Each one just shows you how we are set up to fail potentially.

Interested in reading the transcript for the rest of this episode with Logan Ury?